So your employees want to work from anywhere on any device, reliably and securely.  One of the obvious options is using Remote Desktops or Application Virtualisation -- that is, centralise the compute power and deliver the application via a Virtual Desktop Infrastructure (VDI) to the users’ device.  This is becoming more accessible and cost effective now thanks to Cloud computing.

Application virtualisation technologies such as Citrix XenApp, offer many benefits when it comes to managing your application environment. Better security, work-from-anywhere, reduced management cost, and the support for BYO Devices for employees to name a few.  Also, by having your applications centralised you can also handle software updates more easily, and ensure a consistent user experience. On the other hand, it also fundamentally changes how you approach infrastructure and end user support, and introduces some challenges you may not have otherwise faced.

In this article, we investigate Parallels 2X RAS as an alternative to Citrix XenApp for Cloud Application Delivery in AWS.

This means that your business productivity and livelihood is directly beholden to the quality and ideals of the vendor of that virtualisation software. If your workflow doesn’t match the one they expect you to have, or your productivity apps fall outside the scope of ones they’ve tested, then you could start to have issues that affect your end users and your business.

Needless to say it is in your (and your employees!) best interest to go with a vendor whose products are closely aligned with your business needs. Citrix is certainly one of the biggest names in the game, and Citrix XenApp is the de-facto choice for application/desktop virtualisation -- but it’s not the only product on the market.

I recently had the opportunity to trial several alternatives to Citrix XenApp, while planning the migration of one of our customers to the Amazon Web Services cloud.  For this migration, we chose Parallels latest offering of 2X Remote Application Server – a product I have subsequently fallen in love with!

I could talk all day about why I enjoyed working with Parallels 2X RAS for this project, but I’ll try to distil it down to just a few points.

One of the common complaints with other virtualisation packages is the amount of mandatory overhead services, virtual and physical devices, and separation of roles. That’s mainly because the packages are geared for large organisations, with the ability to scale up to VERY large organisations. They don’t specifically cater to 100-500 seat Small Medium Enterprises (SME's), and thus can be cumbersome to try and implement with the smallest footprint possible.

Right out of the gate 2X RAS boasts a refreshing amount of freedom with how you set it up. Each role is modular, and you can set them up on as many or as few servers as you desire. The “2X Publishing Agent” lets you control the farm settings & adjust load balancing, the “2X Secure Client Gateway” lets you set an authentication access point for users to reach their apps (internally or externally), and the “2X Terminal Server agent” runs on the servers from which you publish apps and desktops. Additionally you can set up a web portal for ad hoc remote access to apps.

The beautiful thing about 2X is that, if you wanted to, you could run all of these modules on a single server. You wouldn’t for an organisation of more than a few people, but the fact that it offers such flexibility is wonderful.  Remember, more servers equals more complexity, and more cost. Sure, that may bring flexibility later, but with the scalability and speed of bringing servers online in Amazon Web Services, why build a solution for what your organisation might need in 5 years?

This is where what I mentioned regarding app compatibility and testing comes in.  Other app virtualisation packages use their own protocols, which may be derived from RDP but have key differences. They do this to achieve the smallest bandwidth impact possible, or to enable functionality beyond the original RDP specifications, however it can lead to problems or inconsistencies with certain applications or environments. Once you encounter one of these bugs then it’s entirely up to the vendor to fix it or provide a workaround.

Conversely, the Remote Desktop Protocol has been around for a long time, is well understood, and has been rigorously tested with a multitude of applications. It has slightly higher bandwidth requirements than some of the other proprietary protocols, but it is rock solid and reliable – when you’re talking about all of your productivity applications, I feel that’s an important distinction.

Now this is the part that drew me to 2X RAS, and in the end helped it win over some of the other packages I tried. Our client was previously using Citrix XenApp specifically to publish Seamless Applications. For the uninitiated, a seamless application is one that runs on the server in the data centre, but to the end user appears as if it were running on their computer and co-inhabits the desktop/taskbar space with native applications.

This is an important feature for many businesses, because it spares the end users the confusion of running a virtual “second computer” so to speak along with their own applications. They are behind the scenes, of course, but it doesn’t appear that way to them, and that is the key. The best IT systems are ones that are invisible to the end user.

2X RAS supports seamless application publishing with none of gotchas of competitors such as Microsoft RemoteApp, and Citrix XenApp. And that’s just the tip of the iceberg. All of the usual comforts of these packages are available such as local device redirection (storage & printers), universal print drivers, content redirection (both ways), and more.

Ok so we’ve got a package with the same fancy tricks as the high-end competitors, but on the old faithful RDP protocol, with a really flexible minimum footprint. The next question is how easy is it to administer? Is it all arcane PowerShell scripting from here on out?

Did I mention its trend of “powerful & simple” also extends to its management interface? When it came to publishing some applications from a Terminal Server for the first time, it took me all of a minute, and I didn’t consult any manuals or publications. Everything has labels that are self-explanatory, and modifying the settings for published applications is very simple.

So too is adding new Terminal Servers to the farm, or defining an alternate Secure Gateway access point, or defining what naming convention redirect printers should use, or setting up policies for different user groups. The designer view even generates a visual representation of your deployment, and lets you use that view to jump into a specific agents settings.

Wow. With just a little bit of background experience in app virtualisation, 2X RAS is a breeze.

OK, so now you’ve got a nice little virtualisation deployment happening, be it in AWS (our favourite!) or elsewhere, and now you want your users to connect to it. Installing it manually on each user computer is unfeasible, and counting on users to follow technical instructions to the letter is often impractical. How fortunate then, that creating an automatic deployment for the 2X RDP client is amazingly simple.

All one needs to do is to install the client manually on one machine, configure as many options as desired (and there are many controls available), and then go to File, Export Settings.

These settings will be applied to the new installs later on. I particular enjoy this because it means you can pick the settings, test them right there in front of you, and when you’re ready just say “give me all of that”, and it’s done. You don’t have to try and match esoteric install switches to the desired outcome.  It just works.

When the installer is run and has a file called “2XSettings.2xc” in the same directory, it will apply all of those settings to the new installation. It’s that easy! And yes, these transforms also apply if the program is deployed from an automated source such as Group Policy or SCCM.

For remote users connecting ad-hoc on non-domain machines, the web portal provides a download link for the basic 2X RDP web client, and all the apps can be launched from there.  Yes, it works on Windows and Mac and iPads and Android, and nearly any device, anywhere.

Phew, that’s a lot of praise to sing there, and we’re barely getting started. There’s a lot of power under the hood of the 2X RAS suite that I haven’t even mentioned – this has been just the absolute basics. If I sound evangelical, keep in mind that I’m just an infrastructure & project technician who’s thrilled to have found something that just works as well as advertised.

I believe that 2X RAS is definitely something to keep an eye on in the SME application virtualisation space.

This blog is all about outsourcing, technology, the IT industry, gadgets and other diversions.

Join in the discussions in the comments and subscribe below. 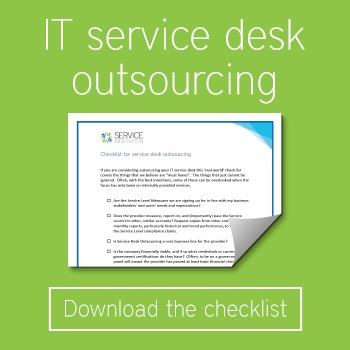 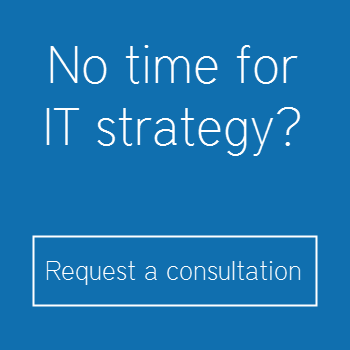